Until 2013, thyssenkrupp’s plant engineering and construction business was run in two separate companies. At the beginning of 2014, these companies merged to form a single company, thyssenkrupp Industrial Solutions, in order to set in motion the integration and regionalization of the global engineering business. A cross-site expert group consisting of several personnel development managers strongly advocated a continual and systematic program for high-potential employees. The idea was to bind these employees to the company, even during periods of economic troubles, by offering professional change management and personal development opportunities, and by establishing them as ‘multipliers’ in the company.
Alongside many smaller change processes, the biggest change was yet to be implemented as of October 1, 2016: The Organization was restructured into eight new Business Units, and with that the matrix became more complex. The new structure impacted on all sorts of processes in the company.  Hierarchies changed and many employees were personally affected from this moment on.

The aim of Coverdale’s tailor-made program, which comprises several modules, is to train affectionately so-called “torchbearers” within the organization, who will subsequently accompany and support their peers through the change process. The program offers personal development and growth opportunities to the participants, as well as giving them support and tools to enable them to shape and accompany change processes in the organization as efficiently and effectively as possible.
Furthermore, the program enables participants to get to know each other and to develop personal networks and relationships, in order to break away from local thinking and learn from each other. Participants also have the opportunity to get in contact with senior management during a social get-together in the evening where outstanding issues can be discussed, allowing participants to gain more clarity for themselves.

Coverdale addressed the change process by developing a tailor-made leadership program. The aim of the ‘ONE Challenge’ program is to reinforce and develop the participants’ personalities and strengths. The second focus lies on dealing professionally with processes of change. Here, the participants learn how to accompany themselves and others in their role as (prospective) leaders through the change process in an optimal way. Many tools that can be used in practice, a platform for networking, direct exchange with experts, as well as parallel running projects that are being integrated into the daily work routine are only some elements of the leadership program.

Among those employees that have already participated in the ‘ONE Challenge’ program, the role of the multipliers within the organization is already noticeably bearing fruit. Many project teams that arose from the various projects are creating added value for themselves, and the organizations is profiting from the exchange. The positive ripples from these projects are felt, from expert groups for transmissions with members from all across Germany that met for the first time, all through to projects that developed a quartet game featuring thyssenkrupp Industrial Solutions products, in order to introduce the entire product portfolio of the group in a playful way. As Christina Kositz, human resources developer at thyssenkrupp, put it: "A lot of added value with very little effort." Noticeable is also that the way people are dealing with change itself is changing. There is more awareness for change processes, and people now consciously consider how to accompany others and themselves through the change. Moreover, it is also becoming clear that the exchanges go beyond expert knowledge, identifying common challenges and producing new views and opinions. 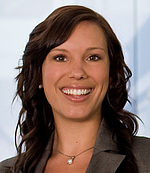 Statement by Christina Kositz, Human Resources Manager:
"I myself took part in one of the first ‘ONE Challenge’ programs, and I was thrilled by it. I was very impressed by how close the group became in such a short amount of time. The level of trust that arose from the safe environment, the collegial advice and peer support and the program as a whole have contributed a lot to my personal development. Our network is still active today and we maintain regular contact across numerous channels.
Leaving the daily routine behind to gain specific knowledge and know-how for everyday life: I would do it again in a heartbeat."