„When you ask people, they say:
We have never experienced anything with such openness as this..“

MBI Mercedes Benz India has launched several unsuccessful attempts to bring about reorientation and change in the past but suffered from the acute effects of a silo mentality in which the one hand had no idea what the other was doing.

In 2015, Hanspeter Durlesser (CEO, Coverdale India) and Roland Folger (MD and CEO, Mercedes Benz India) met with the top management consisting of department heads and the management team (LS) for an initial strategy and team-building workshop. This laid the foundation for ongoing cooperation between MBI and Coverdale India in support of an extensive organizational development project in India.

“Based on my prior experience in Malaysia, I knew how much time would be needed for a process of this kind and that it is never too early to get started.”, says Roland Folger two years later.

The goal of the project was to develop and implement a viable common concept of how management and cooperation should look in five years if all objectives were to be achieved.

The following were the key objectives:

Help for self-help should be the guiding principle in the process of establishing standard Western strategies and approaches in an energized Asian environment. All employees should be taken into account and involved in this process.

Following the first strategy workshop for members of the top management level, the need for long-term support from Coverdale became evident. At first, five different coaches accompanied the process at regular intervals roughly four times per year in a fixed sequence comprising consulting for executive management, workshops for the various different management levels and a major event for all office employees.

A day spent with the leadership team consisting of representatives of executive management and department heads and focused on the goal of developing this group as a team and working on strategic issues was followed by a second day spent with the full management team composed of 50 to 60 individuals.

The main items on the agenda for that day were:

This part was concluded with a day of training for all third- and fourth-level managers. On this day, the participating managers took advantage of the opportunity to develop and improve their skills in the areas of empowerment, effective delegation, dealing with change, feedback and numerous topics from the established guideline model.

The workshop series was always followed a few days later by an interactive town hall meeting attended by 300 to 400 employees. Consultants provided support for the first such meeting, after which meetings were conducted by the managers themselves.

This collaboration within the framework of the process consistently generated new issues and projects on which those involved continued to work. “The espresso that came from these efforts.”, as Hanspeter Durlesser lovingly remarked.

This gave rise to the formation of various project teams, which worked continuously on different topics, including:

The results of their work were then passed on to line functions. The consultants provided support in this context by moderating project kick-offs and regular reviews devoted to enabling participants to learn from each other.

Concurrent with the workshop series, Coverdale formed and trained a 14-member moderator team, which was involved progressively in the process of moderating the workshops.

Two Coverdale coaches are still assigned to provide support for MBI in the form of regular reviews. The 14-member in-house moderator team now conducts all interactive town hall events and moderates various meetings.
Interdepartmental peer groups have been established in which everyone supports each other and very little evidence of the old silos is still noticeable.

“Organizational forms, the ways in which decisions are made, shorter and more efficient meetings, and there are now specified preparations and agendas as well as more decisions made at the lower level. There is general agreement as to how the organization wishes to position itself in boards. Silos have clearly been broken down, although they still exist in rudimentary form.
Employees now learn much more because they are better informed and able to obtain more information on their own.
Processes have been optimized and measurable improvements have been achieved … and people are now coming back and saying, “Wow!” People are now starting to become more self-reliant; they offer to explain things to me, and they even disagree with me. That is a terrific step forward. It shows courage, and I think it is totally important that people now dare to contradict their boss.
Now that projects and processes are subject to prescribed time limits, we have achieved a tremendous reduction in costs during the past three months.
Two different cultures have been blended, among other things by the integration of the Operations Department as a component of the organization as a whole.
… It is working well and very sustainably, and now we need to think about how we want to continue to move ahead until 2020. The real momentum in the process of cultural change is just now starting to emerge.“, says Roland Folger. 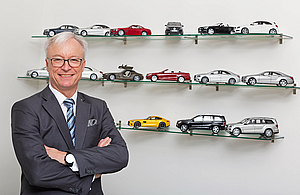 Roland Folger, MD and CEO of MBI:
“With Coverdale, my gut feeling was right from the outset, and that has to do with the people involved, of course. It was important to find a small team in India that approaches things with a certain sensitivity, a team that is capable of building bridges between the German and Indian cultures. I think it’s important to have someone at your side who understands both cultures.
I always felt that I was being well advised. Thanks to the support we received from Coverdale, I was able to delve deeper and more quickly into the Indian psyche than would normally have been possible. Through our many meetings and our intensive dialog I have come to know the management team much better, and that has been the biggest and most culturally meaningful gain for me.”